In the last few years I’ve noticed an increase in the number of questions that I’ve been asked by visitors to Arizona State University about the Instructional Designers on our team, Instructional Design & New Media, in EdPlus. People want to know about their backgrounds and academic credentials, how we find them, how we hire them, how they work as a team, how they manage their workloads, and more. It occurred to me as I answered these questions that there is a lot I don’t know about how the Instructional Designers in our group arrived at their jobs. I decided to interview some of the team to find out more about the paths they’ve taken to get here. Along the way, I was fortunate enough to have access to some of our colleagues at King’s College, London, with whom we work as part of the PLuS Alliance. In the end, I was able to interview six Instructional Designers from ASU and three from King’s College. During a six month secondment in Sydney, Australia, Renee Pilbeam, an Instructional Designer, Sr. on our team, was able to interview three colleagues from our other PLuS partner, University of New South Wales. 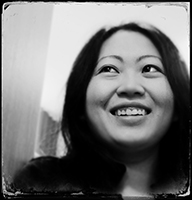 The following includes highlights, pivotal life moments, and milestones that came out in the conversations. One post in the series will be published here at the TeachOnline website each week for three weeks.

I was born in a little city on the Southwestern tip of Borneo in Malaysia. One day, my parents  said, “You’ve got an opportunity. We’re actually going to stay home in Malaysia, but you’ve got an opportunity to go to Melbourne to study for your final two years of high school. Would you like to go?” I was only 15 at the time but thought, “I’m definitely not going to say no.” So I left Borneo and went to Melbourne. I’ve called Australia home since.

The education system in Malaysia as a whole, tends not to emphasize critical thinking. As an Educational Developer now, I see that the top end of Bloom’s taxonomy is non-existent, and the system tends to focus on rote learning, being very exam- and test-based from primary school through to high school.

I remember thinking when I started Year 11 in Australia, “I’m being stretched.” It probably wasn’t as big of a change as I thought at the time, but it was enough to make me notice the difference, particularly in the arts. The sciences were easy, but in taking the arts, I was actually made to think, made to analyze. It’s not something I was used to, at the time.

I went to uni (university) right after high school; that’s the Asian way. You basically stay in school as long as possible, then you try to get into a reasonably prestigious course if you have the marks for it. So I ended up in a combined engineering and business program at RMIT in Melbourne.

I did five years of that, but by the fourth year, I realized, “I don’t feel this is for me.” But I finished my degree and  then made a complete one hundred eighty degree turn. I decided to go back to school and earn my Bachelor of Teaching. My parents were really surprised, and I think my dad wasn’t very pleased with me at the time.

In my final year of my Bachelor of Teaching I had the opportunity to do a 12 week internship, essentially a school term. I taught year sevens, nines and the elevens at a Government High School in Melbourne in my two disciplines – science and business.  An enduring memory was trying to scan over the heads of the year 9 boys in class and realising I was looking up at them..

I had intended to go straight to teaching after that, but one thing led to another, and I ended up working at a science museum for six months, developing visitor programs.Those activities families might do together at a museum, say a science-based craft activity or a science show?  That was what I did.

I started in the water industry in one of the worst droughts in Australian history. It was looking really serious. We didn’t know when the next rains were going to be , and the modeling was showing nothing but dry years ahead. Melbourne had pretty decent reserves, but the situation was grave. The Minister for Water at the time said to the water industry within Melbourne, “We’ve got to do something about this. We need education programs, we need marketing campaigns, it’s essential.”

One of the programs which came out of that was a water conservation education program for schools. This was based in Melbourne, and was a collaboration between the four metropolitan water agencies.   It was a behaviour change program, targeted at primary and secondary schools. I was part of the group which shaped and implemented this program, and it is one of the highlights of my career.

I remember reflecting on it later, and it felt like we left our egos at the door; it wasn’t about us anymore. It was no longer about our respective agencies; it was about teaching these kids the behaviors and habits that will take them into the future. These were changes that would safeguard our water resources in the future.

I learned quite a bit during those years on how to best communicate with stakeholders, in particular teachers. I learned to perceive the most suitable time to contact them and what strategies needed to be in place to encourage them to participate in our programs. We found timing was especially important

I took a ‘gap’ year in 2010 and travelled. I went to Japan, then travelled overland from Egypt up to Turkey. I was in Syria a couple of years before it imploded. I was so gutted when I heard that Palmyra had been destroyed. I spent about six months in Europe, then hopped over to the States for a bit before heading to Southeast Asia and China.  It was a fabulously enriching time.

I had planned to start a Masters program, but it had taken some some time to find the right program. I knew I wanted to complete a Masters of Education but I wanted a very strong technology focus. I found it at the University of Sydney, and what sealed it for me was that it was a distance-based, blended program.  I could complete the program in Melbourne, without having to set foot in Sydney, if need be.

About a month after I was accepted in the Masters program, in a series of only-in-the-movies type events, I accepted a job based in Sydney. It was just before Christmas and I spent a mad couple of weeks packing up my possessions and trying to secure accommodation in Sydney.

My Masters program pushed me into areas like, how people learn, motivation, engagement, systematic change, instructional design – everything just clicked. On top of that, I had a first hand experience on what worked and what didn’t in a blended or a fully online program. The experience had a huge impact on me, particularly in my role at the moment because I support post-graduate courses. I feel I have a good handle on the needs of post-graduate students because I have taken their journey.

After completing that program, I knew that I wanted to pursue this kind of work. I wouldn’t say I was focused on higher ed. work specifically, but I did want to support others through their journey with technology. I left the water industry, and started work at University of New England. From there, I went to Western Sydney University before I came to University of New South Wales.

Renee: What one piece of advice would you give to your 18-year-old self?

I would tell my 18-year-old self to say yes more often and take risks. Because of my engineering and government agency background, I tend to think about possible risks to a program of works almost immediately, and ways to minimise or eliminate them. This has influenced everything that I have done ever since, so I feel I don’t take enough risks. Take more risks at the start because I think you probably have more resilience against failure when you’re younger, and you are richer for the experience.