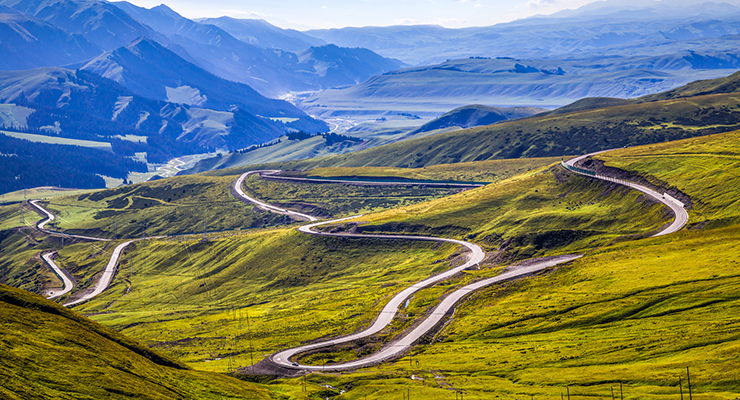 I was born in Madrid, Spain, but grew up in Ajalvir, which is a small village about 20 kilometers from the capital. 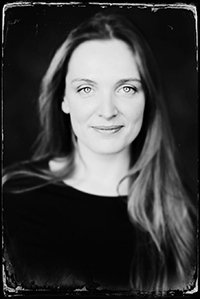 When I was a teenager, I had more autonomy to be on my own and to meet friends. I was able to hop on a bus on my own and meet them. So in high school, I discovered a new world. I went wild with that autonomy, and I sacrificed some of my academic performance to live that part of my life.

Throughout school, I knew I liked sciences, and I went through maths and all the science branches. I took all the subjects in science, but I had no idea what I wanted to do. I enjoyed so many subjects like geography, history, and English language, but I never touched a computer, not even for playing. When I was a child, I actually had a problem — all my classmates seemed to know what subjects they liked, and they seemed to have very clear ideas about what they wanted to become. When you’re little, people ask you, “What do you want to be when you grow up?” I always said, “I want to be a teacher or an actress.” My father had different ideas, and I clearly remember him saying, “No, Alicia is going to be an engineer.”

I didn’t know what an engineer was. I had no idea; I was six. When the moment came to choose a degree program at the university, I didn’t pick engineering because I never felt attracted to it. At the same time, I didn’t know what it was that I actually wanted to do. I never considered education and to this day, I don’t know why. I did know that I wanted to learn languages. I knew that I wanted to travel the world, and I knew I was good at languages. I wanted to learn English, Italian, and many other languages, so I could travel the world. I could see myself working as an interpreter in any European organization, working with languages, translating. I just had no idea how or where.

The first time I applied to university, I applied for the Italian philology degree. It was a five-year degree at the best university in Spain, in Madrid. They accepted me, but when the letter came home, my father went mad. He said, “What are you going to do to make a living? Engineers make money. Italian philologists … Where do they get money?”

I never made it in Italian philology, so the following year I applied for engineering and tried the program for one year. It was a program in computer science engineering at an excellent private university in Madrid. The problem was that I hated computers; I never felt a desire to work with computers when I was a kid.

My father didn’t want me to go through the process of not finding a job because he had had a hard time on his own, professionally speaking, and he wanted to save me that trouble. So I understood his reasons, but it was very difficult for me to cope with studying for a degree at this private university, taking 14 subjects in a year, and not enjoying any of them. I even failed English that year! I really crashed. I went from being a successful student, enjoying my studies, enjoying learning, to completely hating it. I didn’t want to go to university at all anymore.

I studied to get my driving license, but I didn’t do anything for school, so it took a while to figure out what I was going to do. Even though I failed every subject, every module at that university, I learned how computers worked. I learned about digital systems, electronics, software, and programming. Although I failed at all of it, I could get an idea of things.

I thought to myself, “Maybe I should stop dreaming about what I want to do in life and focus on something concrete and give it a try.” The next year, I applied for another university but for the same computer science degree. I felt that I owed my father, so there was that personal factor, too. In the long run, I needed a touch of reality. I learned the hard way, but it all began to make sense. This time, I enjoyed it. I got to know my teachers, which is something I didn’t do at the other university. I went to the tutoring times, and I was determined to understand computers and to be good at maths and all these subjects. That’s when I saw that I could be successful, that I wasn’t dumb. I actually enjoyed it.

I knew I loved English, and I knew I wanted to live in England. I had never traveled before getting a studentship to come here to London during my last year at university. From the moment I arrived in London and spent five months here, I never returned to Spain.

I was supposed to come for just five months and finish my final project, but Kingston University hired me, proposing that I work on a project before I finished my final year project. One contract led to another, and five months became seven years. When the funding for the project I was working on wasn’t enough to hire me, they offered me the opportunity to keep working on the project as a student, so they offered to fund a PhD related to the job — a PhD to study the pedagogical effectiveness of learning objects and learning designs. I never thought of doing a PhD, never did serious research before and, at that time, I had no idea where I was getting myself into, but I knew I loved working in an academic environment and wanted to continue there, so I accepted.

While completing my studies in London, I had the chance to visit Austral University of Chile to collect the bulk of my empirical data. I completed my research experience there and also taught computer programming to first- and second-year students. I also had the chance to supervise some students in their final project — projects that were related to developing educational software. That’s how I reconnected with teaching and remembered how much I loved it.

Chile is so different from Europe, in all senses. The people of South America have a different view of life, of families, and of how you are supposed to live every day. They have different values, and it was like a breath of fresh air. In Europe, everything seems very similar across the countries. In Chile, I felt like I found a new way of living, a new philosophy of living, a different quality of life, a different society, and different rules.

At the beginning, that kind of change was exactly what I needed, but the academic experience was also different. The academic role is more focused on teaching rather than researching and innovating. They also have much less funding for research than UK universities. There is this respect and distance between the students and the teacher. They ask your permission to call you by your name, and it’s weird for them when you say, “Please call me Alicia. Don’t call me, ‘Professor’ or ‘Profe.’” I didn’t feel like it was me. In Spain, only kids in primary school call their teachers “teacher,” then in high school and universities, you usually call your teachers by their name.

While I was collecting empirical data for my PhD and teaching at Austral University of Chile, I participated in two international research projects funded by EU. Universities from Finland, Rumania, Ecuador, Chile, Argentina, Colombia, Mexico, Brazil and other countries worked in collaboration. It was a really enriching experience.

There are so many things that I would say to myself. Don’t be scared to pursue what you want to do. Don’t be afraid to make your own decisions and make mistakes. There are a lot of obstacles that I found on my path, but I discovered over the years that I was creating those obstacles and putting limitations on myself. My own fears about making mistakes became obstacles, causing me to make even more mistakes — saying the wrong thing or showing the wrong attitude when I met the people I admired professionally. I used to think this person can break me at any moment with 1,000 arguments, and I became so scared that I did not share what I had to say. If I had the courage to speak my mind even with these amazing academics and researchers whom I met, I could have shared so much more than I did. My advice would be to not be scared of saying things that you want to say or saying things that you feel are right, because, more often than you think, they are right. 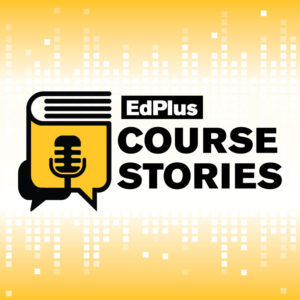 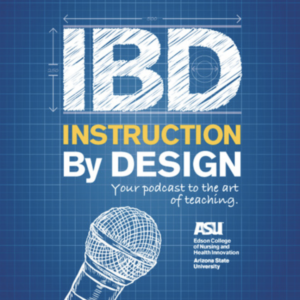